The spectator as a lost pilgrim

There is not worst way of sabotaging a short art review than starting by quoting, or even worst, paraphrasing a French Philosopher. Nevertheless, I am going to take the risk, even if I lose a few readers. I’m referring to one of the thesis of Regis Débray, argued both in Life and Death of the image as well as God: an itinerary. In some parts of these two long essays he basically explains how, in the past three decades, at least for a Western Liberal and educated mass, religion and faith have been replaced by a cult to entertainment and culture: “When the ‘living stones’, believers or militants, dry out and crumble, the stones themselves regress from relics to mere residues. Museums have begun to fill up as churches have gradually emptied out. And a church, too, can turn into a museum.”

Although we could write pages and pages on this subject, what interests me is the analogy between religion and art as a lens to look at the recent exhibition of the Italian born artist Enrico David, at the Museum of Contemporary Art of Chicago. Titled after one of the main works on view, Gradiations of Slow release, this 20 years first survey of David in the U.S., proposes a very Catholic experience.

First of all, the way the artist expresses himself in the didactical video of the entrance is already setting the mood. “Signal the possibility… a sense of mystery… initiate your own journey… traumatic thing… visualizing energies… emerge… decipher something… proceeding blind faith… own spire and energy…”, he says in front of the camera. Unconsciously, there is a sense of spirituality that get stocked in the back of your head. Then, once you are about to enter the show, is unavoidable not to think of it as a threshold into a Catholic church. The Foyer or Narthex, in this case, is generated by the big wall in front. This one is holding, at the right side, a giant canvas with a pink and black figure made out of wool and acrylic. At the left, it works as a background for one of his uncanny body sculptures made out of a mix of poor and sophisticated materials that turn into a reddish flesh color (See Figure 1). This simple gesture of generating a barrier that makes you stop before seeing the totality of the space is a very similar experience to the one of a church.

Once inside, whether you decide to turn left or right, you realize that the space is arranged in four squares formed by four floating walls and marking a giant cross with a void in the center. The curatorial approach and its premise seem very simple: wander around, do your own connections, avoid chronology and show all the wide range of techniques and materials used by the artist to approach the body. Or should I say the body of Christ? I’m talking about figures trying to stand, to levitate, to come back from the deathly weight of gravity. Faces and legs, arms and torsos, hands and necks, deformed figures that usually start from a drawing and then get transformed, or copied, into a tapestry, a Yosemite sculpture, a cast, wire and stone, a painting, etc. The multiplicity is evident but not really justified, as for example in Figure 2, where the translation from some kind of brut object made out of austere and precarious materials becomes an unexpressive weaved caricature, probably easiest to sell, but that doesn’t reflect the precious sensibility of materials and play embedded in the preliminary sculpture/toy. In a general sense, although there are very beautiful and mysterious pieces (See Figure 3), I feel that we are being tricked to see a modern artist as if it was contemporary, instead of presenting it as it is. And maybe this is why I started with the religious analogy. Because even if the curator Michael Darling wasn’t thinking in a subliminal display to convert us to David’s faith, it is obvious that there is an excess of discourse about cycles, transformations and process.

In that sense, I’m missing the risk of bringing more difficult meanings and connections. As for example the relationships that this could have with the imagists and the tradition of Chicagoan artists depicting figures. Or maybe tracing the legacy of Italian craftsmanship as well as their material tradition in fine arts and architecture (he even has a Roman aqueduct structure instead of a pedestal. See Figure 4), just to name a couple of possibilities. Instead, the spectator, like a lost pilgrim in a church, is confronted with 50 diverse works arranged at the level of the eye or timidly pointing into the floor. Or, to put into the exhibition itself, a chaotic walk in between two pieces that for me frame the whole exhibition and this idea of the museum replaced by a Roman church: Life Sentences (See Figure 5) and Tools and Toys III (See Figure 6).

On Tuesday, December 20, 2016, at 7 pm to 8 pm, the Chicago Poetry Foundation & Petry Magazine will be hosting the monthly Open Door Readings for December.

Jamila Woods is a poet, singer, and teacher. She is a Pushcart Prize nominee, and her poetry has been published by MUZZLE, Third World Press, and POETRY magazine. She is the associate artistic director of Young Chicago Authors and a founding member of its Teaching Artist Corps. In 2015, she was awarded a Ruth Lilly and Dorothy Sargent Rosenberg Poetry Fellowship from the Poetry Foundation.

E’mon Lauren is a non-binary poet, vocalist, emcee, and teaching artist from Chicago’s South Side, and currently Chicago’s Youth Poet Laureate. She is a 2014 Louder Than a Bomb champion and a 2016 Louder Than a Bomb College Slam champion. Her work appears in The Breakbeat Poets: New American Poetry in the Age of Hip-Hop.

Nate Marshall is from the South Side of Chicago. He is an editor of “The BreakBeat Poets: New American Poetry in the Age of Hip-Hop” and the author of “Wild Hundreds,” which was named Poetry Book of the Year by the Black Caucus of the American Library Association. Nate is a member of The Dark Noise Collective and a 2015 Ruth Lilly/Dorothy Sargent Rosenberg Poetry Fellow. He is the National Program Director of Louder Than A Bomb Youth Poetry Festival and a visiting assistant professor at Wabash College.

Carlina Duan is a Chinese American poet from Ann Arbor, Michigan. A graduate of the University of Michigan, she currently teaches in Malaysia as a U.S. Fulbright grant recipient. Her most recent poetry chapbook, “Here I Go, Torching,” was selected as the 2015 winner of the Edna Meudt Memorial Award. Her debut poetry collection, “I Wore My Blackest Hair,” is forthcoming from Little A in November 2017. ” — poetryfoundation.org

Nate Marshall on the left and Jamila Woods on the right. 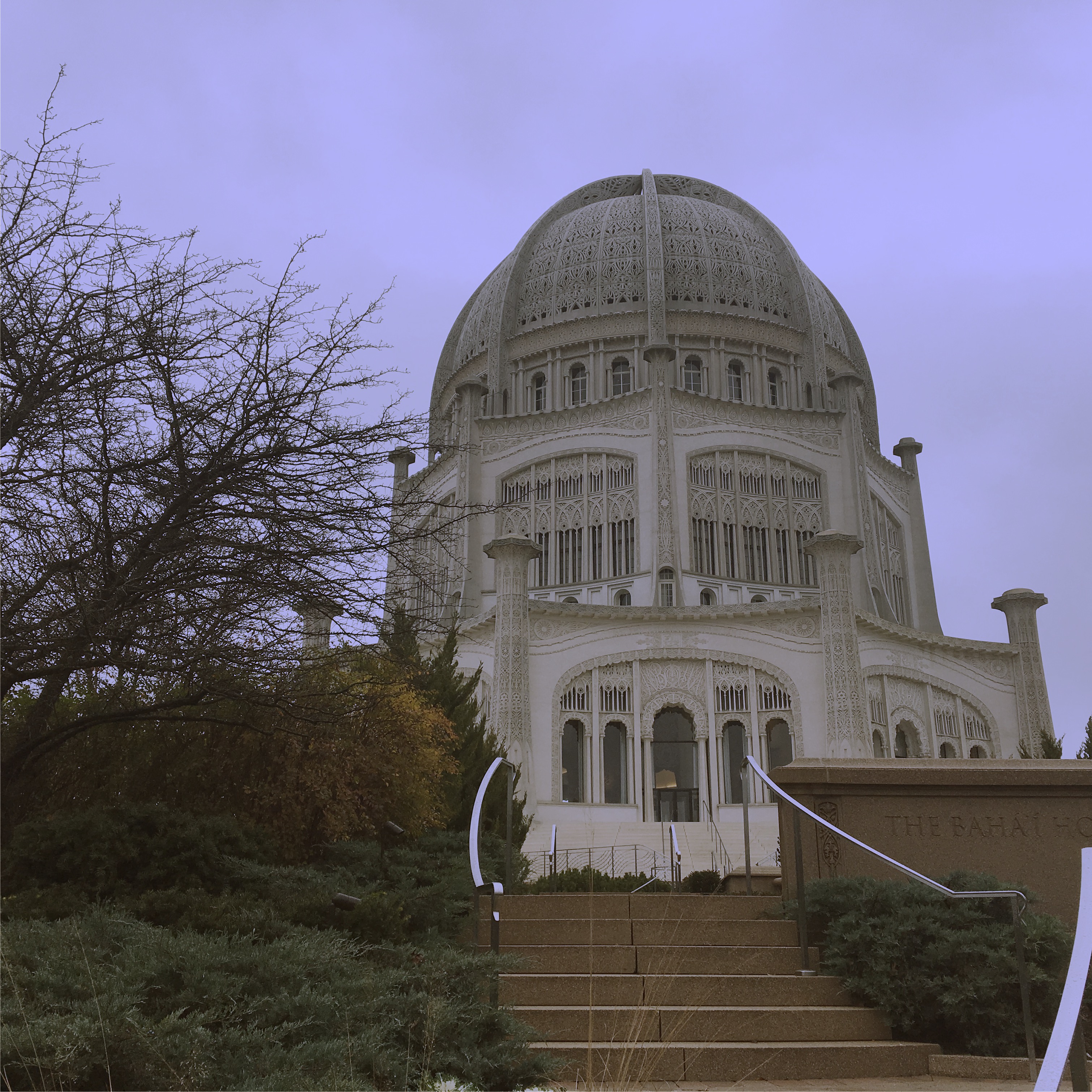 I’ve heard about this place for a while, but I’ve never actually paid a visit to here.

Last week I drove to the House of Worship with my friends. We were really surprised that this special place exists here in Chicago within 45min-long driving distance. There are only 7 Houses of worship in the world. Each one occupies a continent, and the one I visited is the North American location. Really amazing architecture.

Although I am a member of this belief, I do appreciated its ideology and kindness. The custodian here is a really nice old lady. She told me that they don’t place their architectures in positions like ‘temple’, ‘mosque’ or ‘church’. The Bahai believers want to show their diversity as well as unity, so their locations go by ‘House of Worship’. Whoever has god in their mind could worship here at the house. Even for those who don’t have a belief, they could still stay here for meditation.

Here’s the link of the Bahai House of Worship in case you want to know more about this belief: https://www.bahai.us/bahai-temple

For the third consecutive year, join McKenna Glorioso and friends at Heaven Gallery for a concert of chamber music following the busy holiday season. Repertoire will include works by Dvorak, Vaughan-Williams, Piazzolla, Beethoven, and more. $10 suggested donation at the door.

Two discoveries around the city yesterday 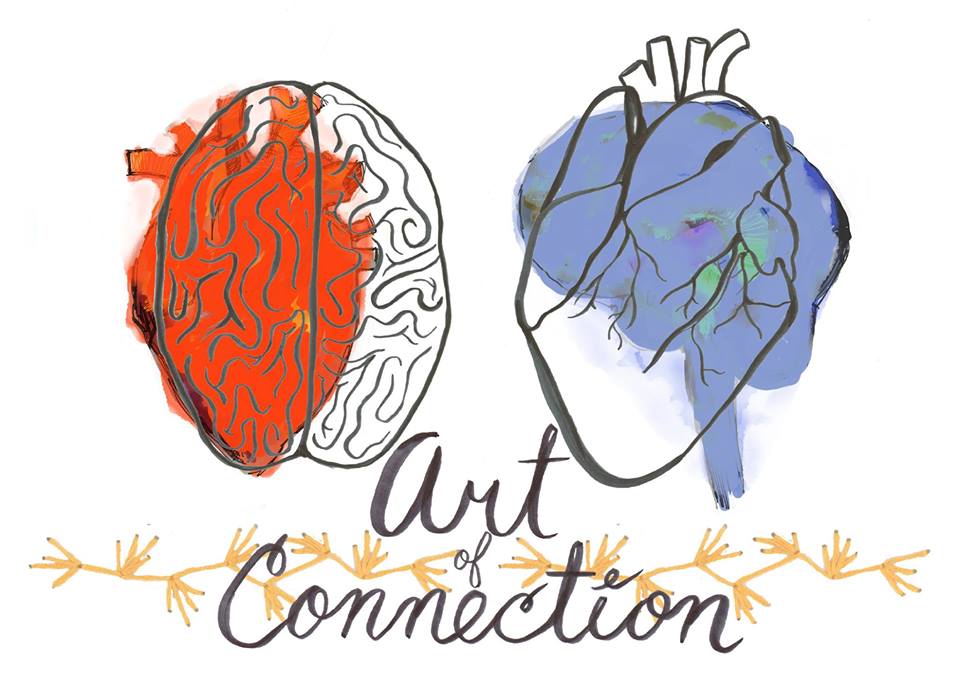 Art of Connection is an exhibition that opens January 27th at SAIC Sullivan Galleries.

The exhibition showcases artwork by graduate art therapy students and the individuals they work with at their internship sites. Artwork in the show reflects the varied settings, populations, and practices of art therapy, and represents a culmination of the Master of Arts in Art Therapy program at the School of the Art Institute of Chicago.

For more information about the program, visit www.saic.edu/arttherapy.

More details at the link

Spektral Quartet at U Chicago: “Finger on the Pulse”

“Pizzicato, both elegant and brutal, is at the center of this one. Arguably the first “extended-technique” in music for bowed string instruments of the classical era, pizzicato highlights mood and rhythm, expands available colors in an artist’s palette, and is capable of bringing both dance-like lightness and explosive power to a composition.

In a season brimming with new work, we’re eager to present two of the cornerstones of the string quartet repertoire, with Beethoven’s inviting Quartet No. 10, Op. 74 “Harp” and Ravel’s euphoric String Quartet. The pizzicato passages that mark the second movement of the latter are a nod to both Javanese gamelan orchestration and fandango rhythms, and the nickname of the former speaks for itself.

For this century’s entry, we turn to a piece by one of the nicest (and most talented) guys in the biz, Dai Fujikura. We had the opportunity to work on this vivacious score with Dai this Fall at Bowling Green State University, and became fast friends. If past is prologue, the vigorous pizzicato interludes that bookend the piece  are likely to cause the untimely demise of at least one of our strings.”

Spektral Quartet was recently nominated for a 2017 Grammy.