Dandy, as commonly understood, seems to have more to do with possessing a flair for extraordinary style than referencing globalization or colonial sway. But, an exhibition of costume and demeanor in particular communities can aid in thoughts about the political implications of dress.  With such swagger on display however the elusive nature of dandy complicates critical reflection. That said, depictions of the black male dandy are currently on display at two venues in Chicago, although one doesn’t purport to know it.

Dandy Lion: (Re)Articulating Black Masculine Identity, curated by Shantrelle P. Lewis, at Columbia’s Museum of Contemporary Photography, showcases the work of photographers and filmmakers from the US, Europe and Africa. It’s an impressive collection of mostly C-Prints presenting males as “high style rebels” in varied timeless locations like the office, jungle, community, or nameless street spectacle. The use of color in the photos is either pleasing like the work of Hanif Abdur-Rahim and Harness Hamese/Loux the Vintage Guru, or punctuated as in Rose Callahan and Kia Chenelle’s work. Shifts like this, between style and intent, in portraiture, are present in interesting ways throughout the show but yet somewhat speak more to the historical narrative of photography than the politics found in depictions of the dandy. Therein lies somewhat of the problem with the collection although not necessarily the works, even if the majority of images seem as if pulled from a fashion or commercial photo shoot.

The camera as constitutive instrument is made more critical in a visual culture by its immediacy. It readily produces more instances to reconsider what’s being depicted only it has to contend with saturation. In many ways this is nod to colonization and the power of images. But, one could say that what’s on display is a certain art school aesthetic that favors the C-print for its archival, and so economic, implications which overshadow the contents of the image. In mentioning these concerns to a dear friend, and photographer, I’m reminded that even if this is the case there remains some measure of responsibility in the viewer to look beyond the surface of art, especially digital photography.

Just north up Michigan Avenue is an exhibition of works by the late painter Archibald Motley at the Chicago Cultural Center. Archibald Motley: Jazz Age Modernist, showcases in bulk what the artist is known for, portraits of mulatto women and scenes of cultural concentration, fusion, and difference. The attention to color is just as obvious here though noticeably more so in later works such as Barbecue (1960) or Hot Rhythm (1961). Lesser noted pieces completed in the 40s like Getting’ Religion (1948) and The Argument (1940) on the other hand portray dandyism rather as an everyday phenomena.

Painting and photography have always seemed opposed, at least when it comes to re-presenting reality, but with time the two have become almost inseparable. With portraiture, the same expectations are equally distributed among the two when it comes to accurately capturing and presenting a moment. Both exhibitions demonstrate the subtle differences of portraiture by gesturing towards the visual, the sentimental or environmental qualities of the subject matter.  Yet, the only relationship that appears to be always bought into question is the intent of the artist or subject. Possibly, it’s the artist as subject, maybe even, the viewer as subject, or the subject as art, that’s in question? These questions compromise or further what’s essentially a testament made by those directly involved. But, say, if it were the latter, then what’s possibly at stake in the tension within and between the two is a matter of time or knowledge. Is it time, as in, to digest, or knowledge, pre-existing or motivated to acquire, that’s needed? Also, and possibly more importantly, does the immediacy, polish, and saturation of contemporary photographic practices place different demands on the people involved than painting does…is the relation to the subject matter and time spent in production affected?

To identify cultural and fashion myths present in ideas of the dandy, beyond a gendered overtone and matter-of-fact demeanor, is in fact made more enchanting by establishing a connection between Baudelaire’s dandy and Benjamin’s flâneur with the Italian photographer Daniele Tamagni’s pink-suited “Willy Covary, Brazzaville,” 2008, or Hanif Abdur-Rahim’s, A Revolutionary in Etiquette: Connosieurs of SWAG, 2010; and these, to zoot suits or the tailored look worn by people of color in different locations and time periods, the diaspora, as a statement of refusal but yet appropriation and validation. It’s a loaded endeavor and doesn’t even begin to consider the shift created in painting decades before by Impressionism’s nontraditional use of color, edges, and light. All of which are prominent players in photographic hierarchy, that are noticeable in Motley’s work.

Does the viewer, or artist, under the circumstance need to be able to make these connections? No, they don’t, and, some may like to. Both exhibitions prove that issues of time and saturation are very much a part of art viewing and art making.

Dandy Lion: (Re)Articulating Black Masculine Identity, is on view through July 12 at the Museum of Contemporary Photography, 600 South Michigan Avenue.

“…you can take pictures out here right?…”

The one thing about site-specific installations and public art is that you don’t necessarily have to get it, and heck yeah—you can take pictures by it, it’s all but implied. Public and site-specific art is standard in most metropolitan cities and Chicago’s event and tourist spot Grant Park is, of course, no exception. Think the head-and-armless walking men, Agora, sculptures by Polish artist Magdalena Abakanowicz that sit at the park’s south end. Visitors are more than invited to walk among them, as doing so is what activates them as public objects.

The same can be said of more familiar pieces as you near the park’s tourist hub, Millennium Park. It’s easy to note the site’s importance to the piece it houses.  Take for instance the much-visited Crown Fountain by Catalan artist Jaume Plensa, or the British-Indian sculptor Anish Kapoor’s Cloud Gate for instance. Taken altogether, one can see the combined effects of ethnic diversity and changing times converging into the specificities of the site.

It’s a proper backdrop to the Art Institute’s Modern Wing addition and it’s limb-like stretch to that of the park. The Nichols Bridgeway, as it’s called, designed by Renzo Piano who also designed the Modern Wing, provides through curving steel and observed “springiness” an affecting transition between the outdoor buzz of the park and the somewhat hushed Terzo Piano and Bluhm Family Terrace.

With views of the skyline and park distanced as so one is able to take in recent sculpture installation pieces by American artist and sculptor Liz Larner with some repose. (It’s a good moment to take a picture, really, it is.) The pieces, X (2013), and 6 (2010-11), play off each other and surrounding spaces, including the Modern Wing itself, by easy association. They’re most effective in the space by suggestion, meaning that by way of the space provided, a raised wooden platform underlying large but nonthreatening steel forms, with soft angles and sloping contours, you’re invited to move about and at times within revealing multiple views of the city. X’s cool, thin mirror-polished steel is softened more so by its long prostration and incompleteness. 6, on the other hand, is more playful to X’s cool in that it twists, spins, and bends it’s “monkey bars” assimilating sharp architectural angles and X’s cool in the background.

On leaving however, whether one takes the brideway or not, what may come to mind is not just that the sculptures and their angles are soft, diverging, or appealing; but rather that art, architecture and public spaces are always in a state of flux. 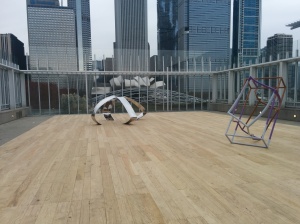 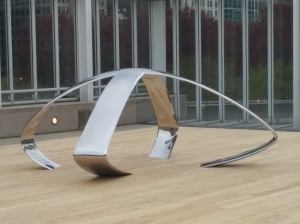 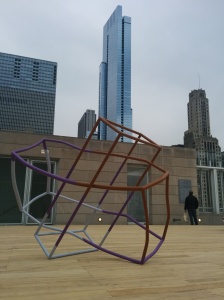 ANDREW RAFACZ is pleased to announce Nebula Winners, a solo exhibition of new work by Erik Frydenborg in Galleries One & Two.

Nebulous winters. Nuclear options. Dictionaries stuffed with ugly alphabets. Erik Frydenborg has just one hundred years to forget them all.

Beneath incorporated skies, soul deserts littered with reminders of reminders. Collected buildings, space and spaces, stitched together roads of gibberish. Undigitized content peppering horizons. Everything in time and place, but none of it in here or now.

Pause galactic sunrise for a sponsor’s message: Words. Keep Living Clear. The rest has been removed for want of time, loose pages that once kept pace have now congealed.

Returning to a space of your past is the best way to wipe away the rose-colored nostalgia tint from your glasses. Through Imaginary Landscapes, Mana Contemporary presents an exploration of the relationship between space, time, and memory. Four Midwest-based artists delve into the uncertain space at the nexus of the three, and the result is a collection of sculptures and images gathered by Chicago-based curator Allison Glenn. The show features work by Lisa Alvarado, Assaf Evron, Robert Burnier, and Caroline Kent.

Before and After: Pedro Cabrita Reis at Arts Club Chicago & Doris Salcedo at MCA Chicago, and one to see…

In two newly opened exhibitions in Chicago both showcasing sculptural works, one at The Arts Club of Chicago featuring the work of Pedro Caritas Reis and the other Doris Salcedo at MCA Chicago, the viewer is made aware of spatial implications that exist alongside the work of art. In both, the totalizing presence of either the artist or the work is omnipresent, justly so. In both, the effects of either, the artist or the work, are lasting albeit for different reasons.

Of my visit, I’ll simply note the comments of those in attendance, whether out of interest or circumstance….

– “It’s cool….I think being here on opening night would’ve been better…I heard that there, that he kinda did this performative thing that woulda been cool to see

– “Is there anything upstairs?” “No. It was for a private event.” 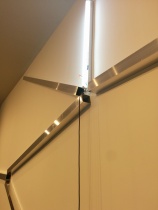 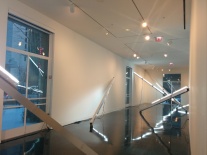 – “If not working here, we, wouldn’t be seeing this or understand it. I gotta read [this] catalogue. But, it’s really interesting!”

– “I don’t think some of them [the artists] care anymore…more like reacting to an interest [of theirs] but it’s too complicated – make it simple again.”

– “[I get it] contemporary=everything…it’s programmatic.” “Do they, the gallery/museum/curator ask your opinion?

– “They don’t think it’s important [that we understand] or like it…only in protecting/watching it… we get a quick walk through.” 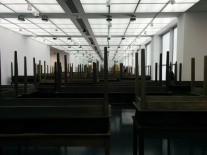 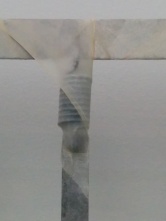 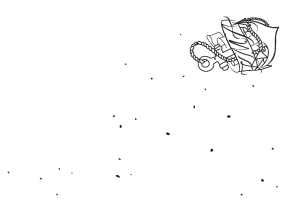 Several Swallowing Egg Sounds
Anne Eastman
Rob Halverson
Lili Huston-Herterich
Heinz Peter Knes, Danh Vo, and Amy Zion
Becky Kolsrud
organized by Yuri Stone
Several Swallowing Egg Sounds is about the exchange of ideas and the nature of collaboration in artistic production. Bringing together a group of artists with diverse and distinct practices, this exhibition looks at the play of overlapping ideas and the narrative inherent in conversation. These artists make work that reaches out beyond itself, directing a viewer outside of the static object or image—work that engages in a conversation larger than a single practice. And with a viewer’s engagement, the narrative continues to circulate.
Considering this premise, the exhibition is titled by Rob Halverson.