TONIGHT: An Evening with Zackary Drucker

American trans artist Zackary Drucker presents “She Gone Rogue” (2012), an Alice-in-Wonderland-inspired narrative that weaves a history of trans feminine people, practices, and revolutionaries into its tale of identity exploration. A producer for the Golden Globe-winning series Transparent, as well as an artist working in performance, video, and photography, Drucker brings a funny, critical, disturbing and provocative new voice to American media.

“She Gone Rogue,” which was part of the 2014 Whitney Biennial, will be screened along with three other short pieces by Drucker, followed by a Q&A and reception with the artist. 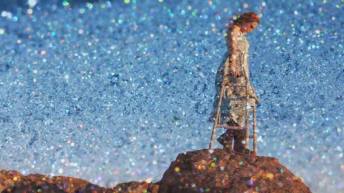 This event is curated by Nicole Erin Morse with the support of the Film Studies Center’s Graduate Curatorial Grant, the Center for the Study of Gender and Sexuality’s Counter Cinema / Counter Media Project, the Office of LGBTQ Student Life, and the Karla Scherer Center for the Study of American Culture. It is affiliated with the Graduate Student Conference “Performing Bodies: Gesture, Affect, and Embodiment on Screen.”