Come see 10 artists and their studios at the Northwestern MFA Open Studios on Sunday: 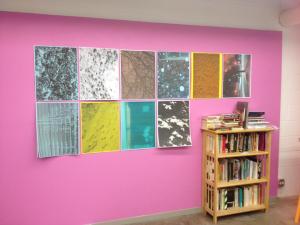 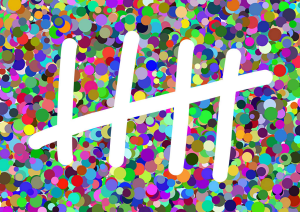 Lauren Clay – Sabina Ott – Josh Reames – Evan Robarts – Ben Sanders
LVL3 is excited to present |||| [Five], a group show marking our fifth year as an artist-run space. As an annual tradition, LVL3 invites back five previously exhibited artists, and this year the guest list includes Lauren Clay, Sabina Ott, Josh Reames, Evan Robarts, and Ben Sanders. All five of these artists have made a significant impact on our programing as we continue to grow and expand. Join us for an exhibition celebrating the party of making it to ||||.

The exhibit “ROLLED, STONED & INKED: 25 years of the Chicago Printmakers Collaborative” is coming to an end on February 28  at Expo 72. 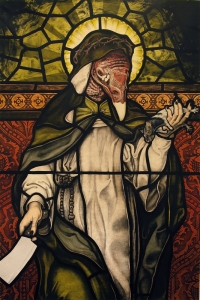 Deborah Maris Lader, Founder and Director of the Chicago Printmakers Collaborative, will present a tour of ROLLED, STONED & INKED on Thursday, February 26, 3pm, in the Expo 72 Gallery at 72 East Randolph Street. This entertaining romp through all things printmaking will enlighten and educate, and celebrate why the 25th birthday of a fine art printshop is something to talk about. The show closes two days later, so this is an excellent chance for folks to get their ink on. Free and open to the public.

Western Exhibitions is pleased to present Underwater Highway, an exhibition of photographic works by Jessica Labatte that continues her investigations in photographic illusion, while respecting the material processes of photography. Labatte’s most recent body of work addresses and employs light and color as a model for space and time; the barely visible, such as dust particles; minerals as pigments; and digital or antique photographic processes. The show opens with a free public reception on Friday, March 13 from 5 to 8pm and will run through April 25. Gallery hours are Tuesday-Saturday, 11am to 6pm.

Posted on February 17, 2015 by abbyechurchill | Leave a comment
Cannibals by Lucy Beech & The Orchid Interviews by Guy Eytan

Seeing Hearing Screening pairs four British filmmakers with four performance artists based in the US to confront the theme of intimacy and memory in institutional spaces. http://darklodge.org/shs

LODGE (in service of the dark arts) is a winter project-space organized and curated by Angharad Davies and Phil Peters. Sited in a former banqueting hall, windowless with partially dilapidated faux-finishings, LODGE will present a series of film screenings, performances and public exhibitions; an arc of dark light to guide us through the winter months.

Normal Is Good (“I like America and America likes me”) exhibition up at SAIC @7FL, Fashion Department 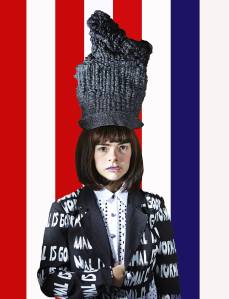 The School of the Art Institute

Normal Is Good(” I Like America and America likes me”)
That approach to America’s political and social life for a new way of thinking about society at the intersection of NORMAL IS GOOD  fashion. 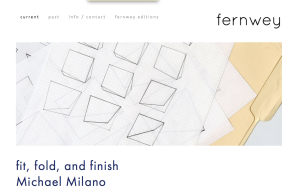 Fernwey Gallery
916 N Damen Ave., Chicago,  IL 60662
Feb. 20th 6-9pm
MICHAEL MILANO is an artist and writer, living and working in Chicago. He received a MFA from the Fiber and Material Studies department at the SAIC, and a BA in Humanities from Shimer College. He has shown at Devening Projects, Roots & Culture, threewalls, Peregrine Program, Adds Donna, and the Ukrainian Institute of Modern Art, and has written for Surface Design, Textile: Journal of Cloth and Culture, and Bad At Sports. He is also a member of the artist collective/study/exhibition space Adds Donna. 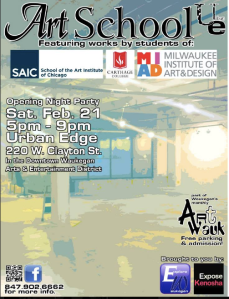 Celebrating his 80th birthday this year, one might expect that sculpture artist Richard Hunt is beginning to slow down, but this is hardly the case.  With a growing list of current commissions, Hunt can be found at work in the same studio space he’s occupied since 1971; albeit, the piles of left-over chrome steel have multiplied since that time.

The sixty minute Artist Talk hosted by the MCA on January 29 was one of those rare occasions to listen to a living, legendary artist address questions regarding his process and sources of inspiration. The discussion co-led by Naomi Beckwith, the Marilyn and Larry Fields Curator at the MCA, and Daniel Schulman, the Director of Visual Arts at the Chicago Cultural Center, enabled Hunt to provide personal accounts regarding his sources of inspiration and creative process. Through his exposure to sculptural works by artists Julio González and Pablo Picasso, Hunt was inspired to take a jewelry/metalsmithing class at the School of the Art Institute, where he was enrolled as a student. At the time, SAIC did not have a welding/direct metal program, so Hunt set up a small studio in the basement of his parent’s home. The early signs of his success were imminent when Hunt sold one of his pieces to the Museum of Modern Art, while still a student at SAIC. Following graduation, Hunt began to exhibit at the Allen Gallery in New York City, a long distance from Texas where he was stationed in the army. Hunt recalled memories of driving his station wagon from Texas to NYC to transport his finished works. As the discussion continued, Hunt shared that his preferred metal of choice was chrome metal. When questioned on his choice for found metals, Hunt candidly responded, “Not only that it already had a life, but that it was less expensive.”

Hunt looks to the scrap metal pieces strewn about his studio for inspiration, claiming that these pieces help suggest the next thing he should make. Hunt’s direct metal approach allows him to fuse these items together, and experiment with also taking them apart. He particularly enjoys the improvisation aspect that this approach permits. Although lesser known for his works on paper, Hunt described these paper-based works as expressive gestures which allow the drawing to travel off the paper, indulging his interest in objects that take flight in the space around us. As the talk came to an end, the facilitator asked whether Hunt considers himself an abstract artist. With his response, Hunt induced a collective laugh from the members of the packed auditorium, as he stated “I would call myself an abstract artist, but some would say, in a way, that’s calling yourself nothing.”