Lecture by Richard Tuttle on Tuesday, May 13th, at 6pm in the Reva and David Logan Center for the Arts Room 901, 915 East 60th Street on The University of Chicago campus.

Its free and open to the public.

Posted on May 7, 2014 by jeffreyprokash in Uncategorized

in the spirit of top tens…

artnet published a list of the  ten best cat paintings. 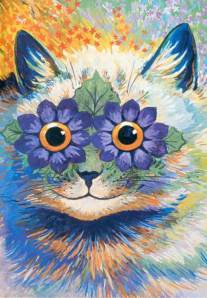 Around Center is a series of installations by the artist Jan Tichy at the Chicago Cultural Center.   Avoiding the prototypical interaction that the Cultural Center generally produces between the exhibiting artists and the gallery goers, tourists and local citizens that happen upon their work, Tichy has chosen to activate the building as a whole through his installations. The Cultural Center serves to provide a place of community that embodies the vibrant life of the city while also serving as a representation of its cultural heritage.   The Chicago Cultural Center is a place for the city to showcase its cultural wealth to locals and tourist alike.  It has many rooms and architectural features that each in their own way work toward this end.  Tichy’s installations are interspersed throughout the building calling into question the function of these different components and the institution at large.

The first interaction with the work of Jan Tichy is in the booklet for Around Center.  The booklet features a schematic of the building with specific sections illuminated representing the locations of Tichy’s interventions.  This feature puts the building into perspective as a vessel that harbors activities and potentials for interaction. The orientations of the installations force the viewer to transverse the majority of the building.  You must experience its multifaceted interiority in order to experience Tichy’s work.  At each stop in the journey through the Chicago Cultural Center Tichy has presented an intervention that presents the implications of the singular architectural structure with in the cultural fabric of the city.  Many of these intervention occur in liminal spaces near doorways, stairwells and hallways catching the viewer in a moment of transition within architectural passages that are commonly over looked.

Jan Tichy’s interventions take on unique forms to call into question multiple aspects of the building and the city’s culture as a whole.  One of the these interventions include names projected on walls in the stairway leading to the Civil War Memorial room. These are the names of the victims of Chicago gun violence, a “civil war” of sorts that is continually fought within miles of the building and widely over looked by the general public.  Another stairway installation features a make shift library comprised of donated books that are free for the taking, filling a void that was left by the departure of the library in the building’s past.  Tichy also serves as an archivist presenting books and photographs from the the Chicago Cultural Center’s own collection that had been hidden in storage and largely uncategorized by a staff that is in a perpetual state of transition, overturned with every mayoral election.  Tichy, taking on the role of archivist, presents an awareness that the Cultural Center is lacking such a position and much of its own history fades with time due to an absence in the institutions own organizational structure.

A collection of black and white photographs featuring static monuments of the city provides a jumping of point for Tichy’s own installation of moving images depicting a changing Chicago. This collection of single channel videos depicts time elapsing in a tragically beautiful city.  These video feeds include footage of a street after a parade, presenting a subtle moment in a vibrant city.  Another captures the slow eclipse of a large public sculpture by light obscured and reflected from the towering buildings that surround it.  In a third video a quiet moment is captured on a street corner that is statistically the most violent point in the city, an epicenter for Chicago’s gun violence temporarily at peace.

On the exterior of the building Jan Tichy has created a neon light installation in the entrance way.  This installation is of a similar shape and dimension to the Bruce Nauman piece Human Nature/Life Death from 1983 that had once occupied the same space.  The Nauman piece, now featured at the nearby Art Institute of Chicago, cycles through words that reflect the aggressive nature of human existence.  Tichy’s adaptation of the concept features a neon ring pulsing white light from the Cultural Center into the night of the city.  The light is activated by a police scanner and reflects the occurrences of the urban environment in real time.  It depicts the city as an organism that is alive and steeped in violence much in the same way the Nauman piece had illuminated years ago.

It could be argued that the success of a city can be measured by the strength and vibrancy of its culture.  A city’s culture is a signifier of its present, its past, and a trajectory toward an unknown future.  It is the heart of the city.  So what does it mean to be a “cultural center”? How is the building working to support that role?  What is the institution that is in place and how is that institution working to perform its role in the city?  Is it properly reflecting the city it represents? What are the stories and histories that are contained with in its walls?  How does the public perceive and interact with the building and the histories it represents? These questions are the focus of Tichy’s work in Around Center.  He has presented the Chicago Cultural Center as a building focusing in on itself while looking out to the city it represents.  His installations question the role of the institution which often presents the good aspects of the city while masking the undesirable.  Tichy’s has presented the Chicago Cultural Center as a building wearing its heart on its sleeve.

After Glow at the Arts Club of Chicago

Sarah and Joseph Belknap discuss their exterior installation ‘Afterglow’ at The Arts Club of Chicago, as well as their process working as collaborative artists. ‘Afterglow’ will be installed from April 8th through May 20th, 2014, in the Arts Club garden at the intersection of E. Ontario and N. St. Claire streets in Chicago. 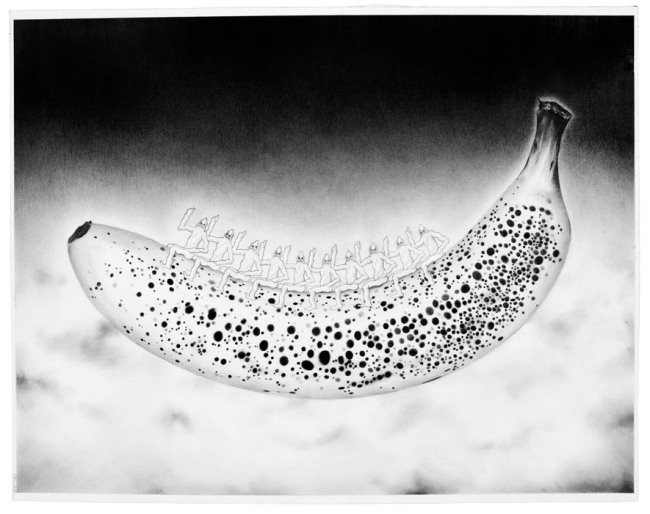 A dude that can’t stop drawing!!!

Ryan Travis Christian currently up at Western Exhibitions; along side a mural his is collaborating with other artists on the galleries back wall. 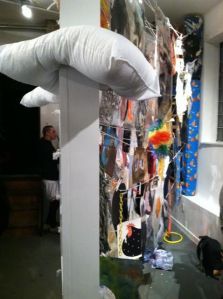